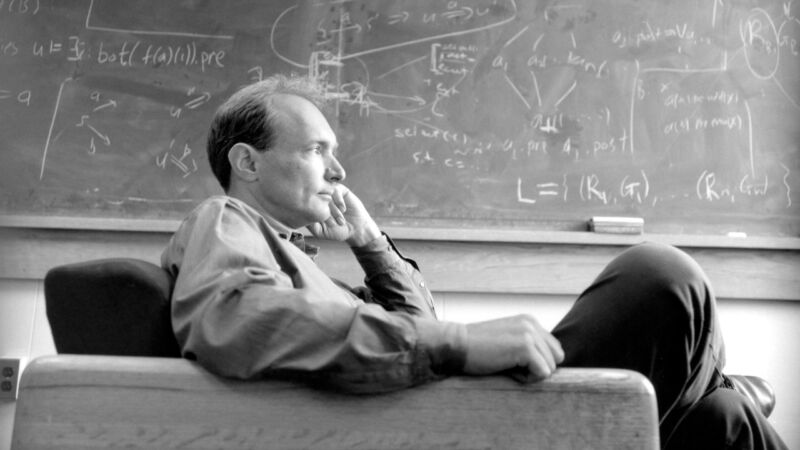 Two weeks ago, World Wide Web creator Tim Berners-Lee sent an NFT of the web’s original source code to the auction block with a starting bid of just $1,000. Yesterday, Sotheby’s announced that the crypto asset sold for $5.4 million. The sum makes Berners-Lee’s work one of the priciest NFTs of all time.

The digital package included not just the source code but also a letter from Berners-Lee reflecting on the creation of the web, some original HTML documents, an SVG “poster” of thousands of lines of code, and a 30-minute visualization of the code being typed on a screen.

But there’s a twist. An eagle-eyed researcher pointed out on Twitter that the animation initially posted on the Sotheby’s site had errors in the code, possibly introduced when the person making the video fed the Objective-C code through an app or web service to produce the typing effect in the animation. Instead of angle brackets that are present in the code (), the HTML codes for the symbols () appeared instead. On the poster, which was made by a Python script created by Berners-Lee, the brackets appear correct. Presumably, they are also correct in the code itself.

Source: The Tim Berners-Lee NFT that sold for $5.4M might have an HTML error